Urban Agriculture & Benefits of Growing Your Own Food

Food is one of the fundamentals of life, and millions of people around the world, including developed countries, are really starting to understand the importance of food. Hence, there is an increase trend towards urban gardening, urban farming, and growing food in the urban areas. Growing your own food gives you security, power and dignity because you grew the food yourself, and you know exactly what is in your food. You are able to grow food in your backyard or kitchen garden, have an indoor garden where ever you have some additional space indoors, and also start your own indoor miniature aquaponic system.

Apart from enjoying your own home-grown food, there are several other advantages of growing food in your own home garden. It would surely take the pressure off of your grocery bills, ease the pressure on agriculture and also help reduce ecological impacts and climatic changes. We are going to discuss some of the benefits of urban agriculture in this post. 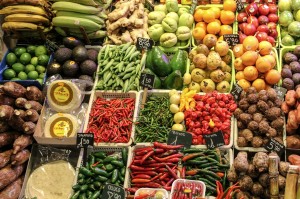 It’s estimated that by 2050 the world population will reach 9.6 billion (United Nations Department of Economic and Social Affairs) and 80% of the world’s population will reside in the urban areas. This would also mean that a 20% increase in farmland will be needed to support the growing population (The Vertical Farm — Feeding the World in the 21st Century – with Dickson Despommier). This massive shift towards urbanization will put huge pressure on farmlands and agricultural lands around the world to meet the growing demand for food. In many cases, agricultural techniques have to be improved so that a single piece of land can be used to grow several types of food all year long, and techniques to increase yield at harvest time.

With traditional farming techniques, large amounts of land and resources are needed for growing crops and raising livestock such as cows, goats and sheep. A huge amount of energy and resources are also required to feed and irrigate the crops and also to keep them free from diseases and well maintained. The biggest problem that the farmers are going to face in meeting the increasing food demand will be finding enough land to grow crops and to use for raising animals. Where is that extra land going to come from to feed the increasing people in the world? This is where urban gardening could become a solution. 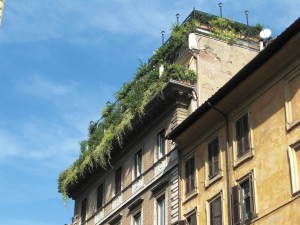 Vertical farming means using a building or tower to grown your food, and any building could be used to grown food in it. Any building that has space around it, inside it or above it; a roof garden could be used for farming. The simple concept of vertical farming would be to stack plant growing trays on top of one another so that it doesn’t occupy much space but the water from one tray could be re-circulated to another, minimizing water and space requirements.

With a vertical system, you are growing more crops in a smaller area by going upwards into the building. Instead of having a single layer of crops, you are able to use different floors of a building. A whole multi-storied building could be used for farming and each floor of the building used for growing a different type of crop. Growing plants in a building indoors has an ecological system of its own. Besides using pots for growing plants indoors, towers and aquaponic systems could also be used.

Using an aquaponic system could mean growing plants in several trays in a soil-less system along with fish in a fish tank so that you use the waste from your fish tank as fertilizer for your plant. With an attractive aquaponic system you are able to place your system anywhere in the house.

People often find it attractive to have an aquaponic system in their living room, bedroom or kitchen which produces vegetables, fish and also purifies the air at the same time, by supplying plenty of oxygen into the air. The only input you’ll need is your equipment, fish and plants when you start your system, and you’ll need to feed your fish. The re-circulating system automatically feeds the plants from the waste of the fish tank, and feeds the fish from the waste of plants.

Urban agriculture, including raising fish and livestock, could be a useful tool for meeting the demand for food in the local area that you live in. So, you are able to save on your groceries as well as make some extra cash while doing it. It also improves the quality of air in your home and in your neighborhood. Imagine if you had your whole neighborhood involved in urban farming? You could be producing more food to support yourselves and also have a lot greener neighborhood. Gardens on rooftops, in backyards, and indoors would make a big difference.

Studies have shown that urban agriculture can contribute to social, health, economic, and ecological benefits. Urban agriculture is also a practical solution to give communities more choice with food while improving the air quality and reducing the green house gases, carbon emission and pollution associated with food transportation.

To sum it all up – urban farming allows individuals or groups to establish gardens or mini-farms on small plots, using creative techniques and minimum resources to maximize output, meet your own needs as well as local needs for food, help make efficient use of the land and resources, and all while improving the air quality of the environment.

To find out more about indoor farming, tower gardening, aquaponics or any other related topics, please click here to book an appointment with us.

P.S: – We’d love to hear from you, so please leave your comments at the comment box below.