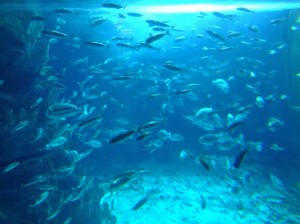 Aquaculture is similar to many other sectors of sustainable agriculture. It uses natural resources and organic methods of farming, and interacts with the environment. However, there are many controversies arising from the environmentalists, because of the growing concerns of negative impacts on the globe. Many fish farmers are being accused of utilizing unfair means to increase productivity, using wild fish to feed the farm fish, and also using GMOs, to increase growth.

Genetically modified fish is also more resistant to harsh weather and more competitive than the natural fish population, and so, has a better chance of competing and surviving in the nature. However, genetically modified fish has many far reaching and long term side effects that the scientists are not fully comfortable with GMOs. The other negative side effect of GMO fed fish is that since they are stronger and more resilient than the natural fish, they are likely to cause an imbalance in the ecosystem and natural biodiversity, if they are allowed to go and grow freely in nature. 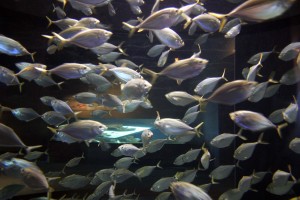 However, most scientists agree that in the next decades, our major goal will be to minimize our negative impacts on the globe, and that includes all sector of agriculture. It will require collaboration within all sectors of agriculture involved, whether indirectly or directly.

Food and Agriculture Organization of the United Nations has recently said that “Major environmental impacts of aquaculture have been associated mainly with high-input high-output intensive systems.” Culture of salmons in cages and raceways is one such example.

The report by FAO also reveals that the “effects of which included discharge of suspended solids, and nutrient and organic enrichment of recipient waters resulting in build-up of anoxic sediments, changes in benthic communities (alteration of seabed fauna and flora communities) and the eutrophication of lakes”. (FAO Fisheries & Aquaculture – Impact of aquaculture on environment)

There are large-scale shrimp farms in the coastal areas of Asia, which has resulted in degradation of the coastal habitats of the wild fish. The saline water balance of the coastal lands is being damaged, and the ecological balance destroyed. 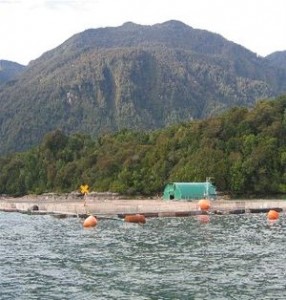 For example, the mangrove forecasts in the coastal area are being damaged through fish farmers who are cutting down trees and converting forests and wetlands into fish farms. As a result, the saline water is being mixed with fresh water, damaging other forms of agriculture, and ground water is being extracted for lack of clean drinking water. There are also growing concerns regarding fish feed, misusing chemicals for disease control, and management of seed collection. Shrimp farming is mainly responsible for increased siltation and anoxia of bottom sediments.

Overall, commitment to sustainable farming and aquaculture that doesn’t impact the environment negatively is the major solutions for these issues. Public awareness as well as participation from all sectors, government agencies, including general consumers and producers, is needed. Currently, the awareness of negative impacts on the globe and knowledge of potential ecological impacts are increasing among all sectors.

There is no alternative to mass awareness. The more knowledge we have, the more likely we are to be on the path of sustainability, instead of being the only species on earth to self destruct our own race. Negative environmental, social and economic side-effects of aquaculture development can be efficiently avoided, and aquaculture can become a profitable as well as environmentally and socially viable sector. Efficiency in management at the production level is also a criterion for consideration.

Improvement and Development of institutional and legal frameworks, issues of monitoring and enforcement of compliance with environmental regulations, especially requirements for EIA and regular environmental monitoring, are still to be addressed in many countries.

Please be aware of these issues and take proper action in minimizing, resisting, and implementing sustainable methods of aquaculture to reduce negative impacts on the globe as much as possible.

What do you think? Please put down your own thoughts in the comment box below.