Fish farming by nontraditional farmers is expected to continue to grown in the next fifteen years as we cross over to 2030. In 2006, the world seafood production neared 160 million tons. This growth of fish production worldwide was entirely due to a consistent growth or increase of aquaculture over the last decade, which added over 3 million tons of fish worldwide. On the other hand, the catching of wild fish has dropped to almost 4 million tons below the peak production.

Farm and aquacultured fish produced globally adds up to 16.5 kilograms per person per year globally. In 2004, about 2.6 billion people were dependent on fish farming for their protein demands, which took care of at least 20% of their need for animal protein.

The growth of aquaculture 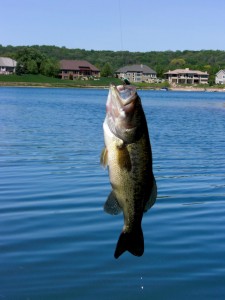 In the last ten years, total global fish production grew more slowly than other meat farming, but aquaculture grew continuously and outgrew all other animal meat producing sectors in the last three decades. The average annual growth of aquaculture in the last three decades was 8.6%, compared to 2.8% of meat production. Study shows that the demand for seafood will continue to increase in the next ten years as the world population increases. By 2030, the world population will reach to 9 billion, which will mean 3 billion more people will be added to the world population. There will be an increased demand to address the world hunger and crisis around the world. More than half the developing counters will become urbanized and also grow their demands for animal protein around the world, as they enter into the middle class income.

Aquaculture to go beyond traditional fisheries

According to a recent study by Food and Agriculture Organization, aquaculture would overtake the traditional fish farming in the next decade if it continues to grow at its current rate. Another scientist with the organization also said that aquaculture is the fastest growing animal food producing sector, growing at 6.6% rate from 1970 to 2008. Overall the per capita supply of farm raised fish increased from 0.3 pounds to 17.2 pounds. However, “we will run into constraints in terms of space and fresh water availability – and also environmental impacts and feed supply” the director of F.A.O’s resources use and conservation added. Aquaculture now supplies world’s 46% food supply in terms of volume, up from 43% in 2006, which has already overtaken the wild fisheries in dollar value. 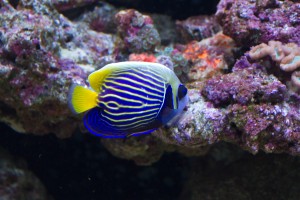 Fish for health and wealth

Fish is not only for health, but can be also raised for wealth. Ornamental fish raising and breading for business is also a global component. There are a number of colorful ornamental fishes that can be grown in the fish farm for aquariums and for beauty. The ornamental fishes are often referred to as live jewels can be sold at pet shops and can also generate a steady flow of income. The number of aquarium fishes being traded globally is also increasing over the last few years. According to the FAO statistical data, the world export for ornamental fish in the year 1998 was $ 174 billion, and the import value was $ 257 million among the member states. The average annual growth rate of ornamental fish since the year 1985 is about 14%, with about two third of the fish being exported from the developing countries. The entire industry is estimated to be worth $ 15 billion, which includes facilities, supplies, labor wages, materials, associated retail sales, non-exported products and all other related items are taken into account.

Fish farming or aquacultured fish is a profitable industry and is increasingly becoming popular around the world. It is estimated that fish will become one of t he major farm products to meet the global demand for animal protein in the future. There is also a trend towards aquacultured fish production, which some believe will take over the traditional wild fisheries as well. Fish is a useful and profitable commodity for both human consumption and ornamentation or as a pet, which makes a beautiful companion in the living rooms of many American families and also around the world.