Freshwater fish are crucial source of food for many people around the world. They are also important for game and recreation industries. However, freshwater fish are disappearing fast and there is not much we are doing about it.

Wild freshwater fish in the rivers lakes, creeks, and ponds are our assets. Forty percent of the world’s fish species are freshwater species. They serve several purposes. In the developing world, they provide food and livelihood for millions of people. In the United States, they are the backbone of profitable recreation and gaming industries.

Humans are a major Threat to Freshwater Fish Species 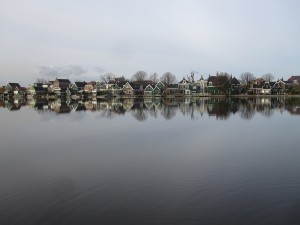 According to marine ecologists overfishing is the greatest threat to ecosystems. Freshwater around the world is also being overworked. Demand for fresh water has increased several times with the increase of global population. Global population is expected to exceed 9 billion by 2050, so there will be need for more fresh water and it could cause a problem.  Below are a few ways wild fish population in freshwater ecosystem could suffer.

A recent study by the University of Pennsylvania compared the dredged and un-dredged parts of the Allegheny River. The study shows that dredged sections had lower fish populations and there was also less variety of aquatic life.

Humans have huge impact on freshwater. All our waste and pollution gets mixed up with fresh water making it toxic and unsafe for wildlife. In recent studies, after taking a closer look, scientists have concluded that human impacts are far more serious than what was previously thought.

According to the Nature & Environment : Science World Report researchers studied nearly 40 islands across the central and western pacific. This included 25 unpopulated islands, to see the relative influence of environmental variation and human presence on fish. It was discovered that “human presence is associated with large reductions in reef fish biomass compared to projections for uninhabited islands and atolls.” – Says the Science World Report.

They also said that “It appeared as if fish higher up in the food web, like grouper, were most susceptible to the influence of humans presence. The sharpest declines in fish abundance were associated with relative low human population densities, with continuing but more gradual fish declines seen on highly populous islands such as Oahu and Guam.”

Some Hydro-power dams make it impossible for some fish like salmon to complete their life-cycle.   Juvenile salmon cannot migrate downstream when blocked by dams and the adult salmon are unable to ascend to the spawning grounds of their native streams. 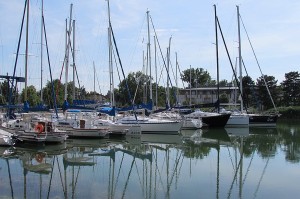 It is shocking how global warming has far reaching effect on global wildlife. Global warming and climatic changes disrupts the natural habitat and ecosystems of the freshwater fish so much that they tend to decrease in size as well as number. The Guardian Magazine thinks “Global warming is likely to shrink the size of fish by as much as a quarter in coming decades, according to a groundbreaking new study of the world’s oceans.” The overall size of the fish stocks will be matched by the individual fish size, says the Guardian.

Freshwater ecology and freshwater fish are constantly under threat due to human activities. Freshwater around the world is home to over 40% of the fish species and other aquatic animals and bio-masses that are under threat due to our activities. We constantly add pollution and destroy natural habitat, as well as create imbalances in nature through hunting and fishing. As a result, it destroys wildlife, and consequently reduces our food supply and other freshwater resources.

With proper attention all these problems could be solved. It just takes action and awareness from all of us. To learn more, please call: 303-495-3705 or click here to book a meeting.

Would you like to start your own fish farm?  We can show you how, get in touch with us, we’d love to hear from you so, please add a comment below or visit our Facebook page