The demand for food is increasing around the world but our resources are limited. Aquaculture could play a major role in producing enough food for everyone and put an end to world hunger and secure food supplies for the future.

Fish is a major source of protein around the world. It is estimated that the demand for seafood around the world is over 160 million metric tons per year and rising. Our oceans are already overfished and have reached their limits  for sustainable fishing. To meet the future demands of seafood, aquaculture will play an important role.

Fish has been a source of protein, source of income and a central element in local economies for centuries, especially for communities in coastal areas. In some countries, where other sources of animal protein are scarce or expensive, proportion of dietary protein that comes from fish is extremely high. For example, seafood based proteins make up to 63% of the diet in countries like Sierra Leone and Ghana.

Role of Aquaculture in food security 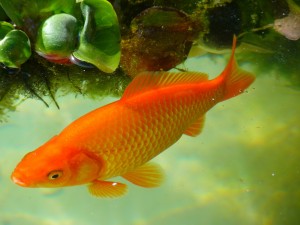 The World Bank defines poverty as a – “multidimensional phenomenon, encompassing inability to satisfy basic needs, lack of control over resources, lack of education and skills, poor health, malnutrition, lack of shelter, poor access to water and sanitation, vulnerability to shocks, violence and crime, lack of political freedom and voice”.

Aquaculture can address the huge demand for fish based protein around the world. It could also address issues related to food insecurities, which are often associated with poverty and lower income population. Aquaculture systems can be used to grow food indoors or in commercial sectors and community farms, that not only produces high quality food, but also improves the community environment, supplies fresh food, and provides food security

“Food security: A condition when all people, at all times, have physical and economic access to sufficient, safe and nutritious food to meet their dietary needs and food preferences for an active and healthy life.“ –  Food and Agricultural Organization of the United Nations (FAO)

Aquaculture can increase the food supply while relieving pressure for wild caught fish and exploitation of ocean fisheries. Aquaculture does not need a lot of resources and can be practiced by anyone. Even small scale indoor aquaculture farms could generate a steady source of protein and extra income. It would also improve the economy through employment.  Consuming fish has excellent health benefits, and therefore, fish produced in aquaculture could help reduce malnutrition issues worldwide.

Food is one of the basic necessities of every living being. Hunger, poverty and malnutrition are among the most common problems faced around the world today. Malnutrition is not only a problem faced by developing countries, but also in the richer countries, where many people are still faced with food insecurities.

When food supplies become an issue, people become stressed and desperate. Global demand for fish based protein will continue to increase over the next decade due to rapid population growth and urbanization. Aquaculture could play a major role in addressing world hunger and food insecurities.

Aquaculture is also effective in producing high quality, nutritious protein. It is sustainable and doesn’t impact the environment when done responsibly. Both commercial and home based aquaculture systems could be cost effective and environmentally friendly, and therefore, aquaculture is a possible sustainable solution, and a powerful weapon to fight global food insecurities.

Want to learn more about how you could easily raise fish indoors for food & profit? We can help. Please contact our office at 303-495-3705 or Click Here to book a meeting with us.