Importance of Fish Farming and Trends to Observe 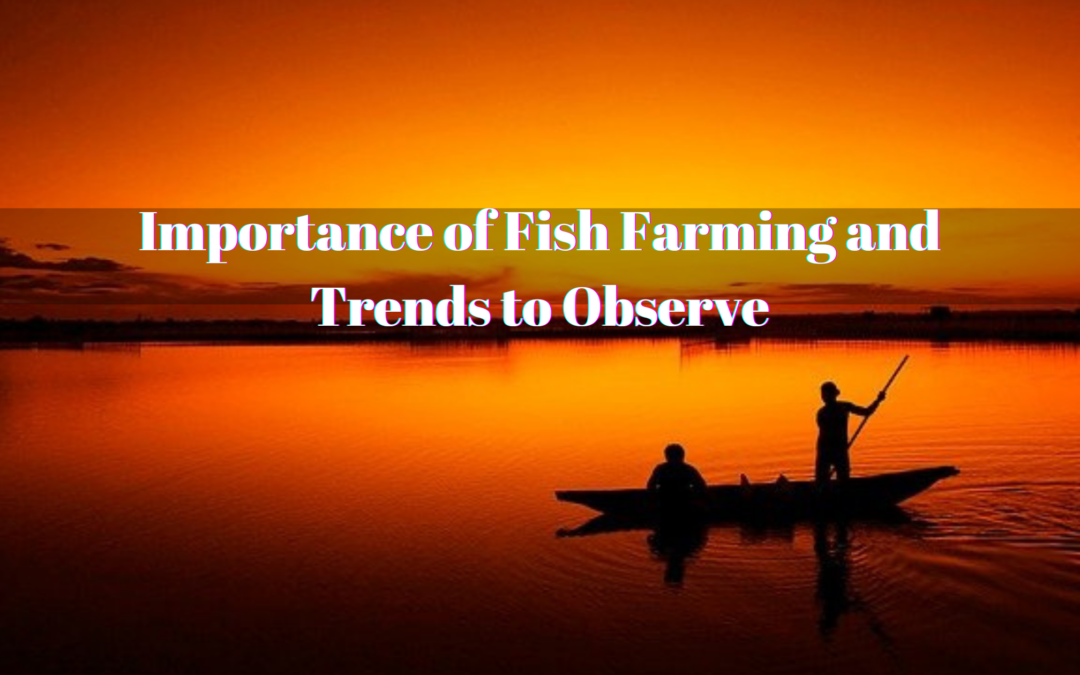 Fish farming entails rearing, breeding, and harvesting aquatic species in controlled environments such as ponds, streams, rivers, and lakes for human consumption. The practice of aquaculture has become quite widespread in recent years and that’s due to the high demand for fish protein. Fish farming just like other forms of farming has a wide range of benefits.

Here are some of the reasons why fish farming is important, and some of the trends to observe;

For fish farming to be effective, you don’t need a great capture of wild fish, as fish can be raised in tanks until that time when they are ready to be sold in the market. While farmed fish needs to be fed; aquaculture has very efficient ways that can be used to convert feed into edible protein. The use of alternative feed has reduced the reliance on wild-caught fish as a source of fish meal. The move to a great extent helps with preserving the natural ecosystem and ensures the preservation of wild fish.

Through fish, farming restoration can be done to some of the endangered fish species. Wild stock populations can be earned through the creation of aquariums and to help establish fish cultures and habitat restoration.

Farm-raised fish has greater health benefits than wild fish and this is mainly because the fish is raised in an environment that’s free from pollution. Most of the farm-raised fish are fed on a variety of nutrient-rich feed that enables them to be more nutritious than the wild fish. The exposure of the wild fish to dangerous pesticides or chemicals tends to reduce the nutritional level of the fish and that’s why consumption of farmed fish is much healthier.

Fish comes in handy to many families as an alternative source of protein especially those who prefer low-fat protein foods. Fish also have higher nutritional value as they have omega 3 amino fatty acids. Since it’s white meat, it also helps with reducing cholesterol levels in comparison to white meat.

A huge number of the world population especially in the developing countries rely on fish farming as a way of not only feeding the local communities but as a source of income. Global exportation of fish earns a lot of revenue not only for the farmers but also creates a source of income for those employed by the farms. The practice of aquaculture has created jobs for many people, especially in developing countries. Aquaculture saves the fish farmer’s time since they don’t have to spend most of their time in fish farming. The free time can then be used towards pursuing some other economic activities and that to a great extent increases income.

P.S: – Are you considering fish farming as a career choice? Join our EAT Community for more information on fish farming. You will get insight into various ways of farming and valuable information that can help you as you embark on your farming journey.