Understanding the Chemical Factors of Water in Aquaculture

Various chemicals present in water, the acidity and alkalinity of water, salinity, pH levels and dissolved substances can influence chemical reactions in water and can affect your productivity. Below are a few chemical factors that affect your freshwater fish farm.

Photosynthesis is the process through which phytoplankton use sunlight and carbon dioxide to produce food. They release oxygen into the water as a byproduct, so the presence of plankton in water is not always a bad thing. However, if they are present in large numbers, the water might appear green due to the chlorophyll present in their cells. Many water quality parameters such as dissolved oxygen, carbon dioxide, pH cycles, and nitrogenous waste products are regulated by the photosynthetic reaction in phytoplankton. In addition to increasing the amount of oxygen dissolved in water, the photosynthesis process also removes several forms of nitrogenous wastes, such as ammonia, nitrates, and urea.

Dissolved gases are those which are mixed with water, such as oxygen, carbon dioxide, nitrogen, and ammonia, and it’s measured in parts per million (ppm). 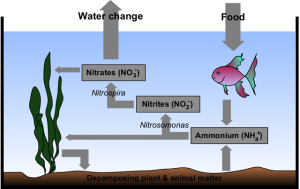 Dissolved oxygen in water is the most important factor in fish farming. Fish farmers must ensure that enough oxygen is present in the water. The lack of dissolved oxygen in water can result in fish kills. Fish need oxygen for the respiration process and the amount of oxygen needed depends on the size, species, activity rate, feeding rate and temperature. Smaller fish need more oxygen than larger fish because they have a higher metabolic rate. For example, bass raised at 77 oF consume 0.012-0.020 pounds of oxygen per pound of fish per day. The metabolic rate also doubles for every 18o increase in temperature. The solubility of oxygen in water also varies with temperature and altitude. More oxygen can be dissolved in cooler water and at lower altitudes. The solubility of oxygen in water decreases at higher temperatures.

To increase fish production in a farm, it may be necessary to supply supplemental oxygen to the fish farm during summer to maintain adequate levels of dissolved oxygen. In a re-circulating system, a farmer must provide a steady supply of oxygen to the pond. Oxygen is usually mixed with water through direct diffusion at the air-water interface. Unless you have a considerable amount of wind blowing over your pond, it is important that you use a method of direct diffusion to mix oxygen with your pond water.

A list of aeration methods are given below for your convenience.

IF you have an indoor pond, the only way you can supply enough oxygen to your fish is through a water pump and a mechanical aerator because there is no plankton present in water for the photosynthesis process to take place. 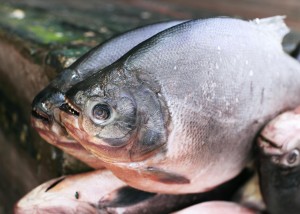 The common source of carbon dioxide in pond water is from the respiration processes of plants and aquatic animals, as well as from water that originated from limestone bearing rock. Fish can bear a level of 10 ppm, provided dissolved oxygen concentrations are high. However, you should try to keep the carbon dioxide content less than 5 ppm. If you have higher concentration of carbon dioxide in your pond, use some carbon dioxide buffering materials or shoot water in the air using a pump to blow carbon dioxide off and mix more oxygen into the water. A water fountain works great for this purpose.

Any dissolved gas such as nitrogen is measured by the percentage present in water. If the amount of nitrogen is more than the usual levels in water, such as a gas supersaturation level above 110%, is usually considered problematic.Supersaturation of nitrogen can cause gas bubble disease in fish. Enough aeration is needed to get rid of the excess nitrogen from the pond.

Fish excrete ammonia and urea into the water as waste. Ammonia exists in water in two forms, the ionized NH4 and un-ionized NH3 which is extremely toxic. Toxic ammonia can be degraded to harmless nitrates through biological processes. If your farm contains a high density of fish in the water, you might run into the risk of increased toxic ammonia in your water.

Acidity and alkalinity of water 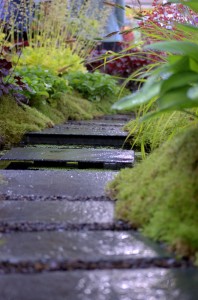 The normal pH level of your pond water may fluctuate between 4.5 and 10. The ideal condition for your fish pond pH is between 6.5 and 9.0. Fish respiration and carbon dioxide released from plants may make the water acidic, lowering the pH levels of water and interfering with the respiration process of the fish. A buffering system can keep a wide swing of pH levels under control. If the pH level of water goes below 4, the water might be too acidic for fish to grow, and has to be neutralized by adding bases, such as lime stone or carbonates. This parameter is a measure of the bases, bicarbonates (HCO3-), carbonates (CO3-) and, in rare instances, hydroxide (OH-).

Hardness of water is chiefly measured by the presence of calcium and magnesium in water, but other ions such as aluminum, iron, manganese, strontium, zinc, and hydrogen ions are also included. A minimum hardness level of 20 ppm is ideal for optimum fish growth. If the water hardness level is too low, ground agriculture lime should be added to the pond water.

Other materials and gases might also be present in the water. Water should always be tested and pre-treated before adding it to the pond or fish tank. Water treatment could be as simple as aeration to complex iron removal processes.

More on water treatment in our next blog so keep reading our articles.

Thinking of starting your own fish farm? Get our free eBook, Unleashing the Entrepreneur in You.