Overfished Wild Fish Stocks? Aquaculture May be the Answer

Overfishing has reduced the wild fish stocks around the world to a critical level. Overfishing, global warming, pollution, political and economic disturbances, and destruction of natural habitat are some of the major reasons why the world’s wild fish population has decreased.

How the World fish Stocks are Depleted 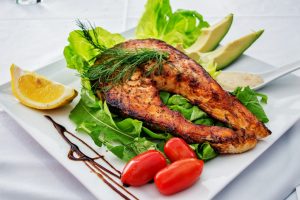 Our appetite for fish has increased even more in the current times. Increasing population and rapid urbanization are to blame for this increased demand for fish. There are now over 7 billion people around the world, and according to a report by Green Facts –

According to a recent BBC report, most of our oceans are overfished, overexploited, and depleted. If this trend continues, “we may be the last generation to catch food from the oceans.” – says Gaia Vince of BBC News.

Sustainable Aquaculture may be the Answer

Sustainable aquaculture may be the answer to replace wild fish stocks of the ocean. Fish is without a doubt, a very popular source of protein around the globe. As the world population increases, stress on wild caught fish also increases. When people start raising their own fish, in whatever available space they have, they can easily address the global food shortage problem, while allowing the wild fish stocks to regenerate and restore itself. 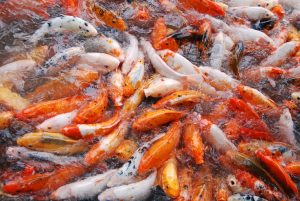 The U.N. Food and Agriculture Organization (FAO)  2016 report on global fisheries and aquaculture suggests that global aquaculture industry is continuously rising. Despite the growing population, economic and political disturbances, climate change and increasing global pollution, sustainable fish farming may be the answer for producing food, without depleting or over exploiting the natural resources.

Recent data shows that farmed fish around the world is exceeding the number of wild caught fish. “In addition to the increase in production, other factors that have contributed to rising consumption include reductions in wastage, better utilization, improved distribution channels, and growing demand linked to population growth, rising incomes and urbanization. International trade has also played an important role in providing wider choices to consumers. “- The report says.

Raising fish in backyard fish ponds is one of the most convenient ways to grow your own food. It allows you to raise fish in any available space in your backyard, with a sustainable organic method, without depleting the environment. Backyard fish farming can be done at any scale. It can be a great source of income and also could ensure home grown organic food for your family and friends.

P.S: Would you like to learn more about home based fish farming? You can start your own fish farm at home, in your backyard, basement, or anywhere you have some extra space.

Click here to join us on Mondays with – Yes, You Can Make Money with Ecolonomic Aquaculture!.