The Role of Fish Farming in Food Security and Economic Growth 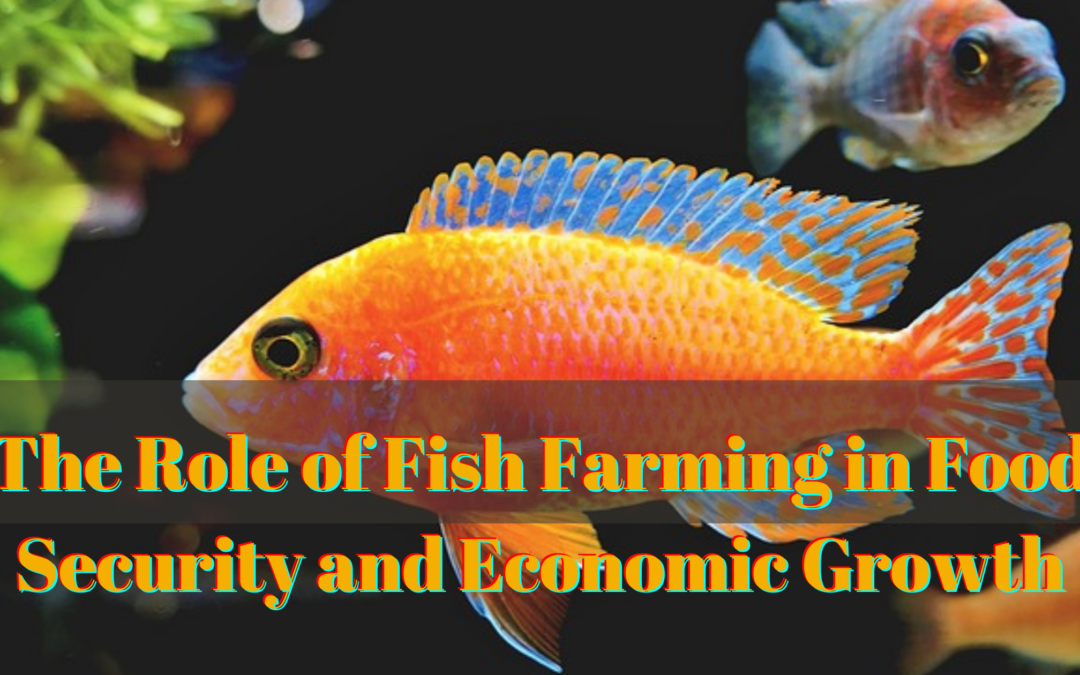 The contribution of fish farming to world food production has significantly increased in the last decades with the sector supplying almost one-third of the global fish production. Considering the importance of fish farming to the food sector, it’s important that the industry become as sustainable as possible. With the dwindling numbers of wild-caught fish becoming more eminent, the role that fish farming plays in food security and economic growth is becoming quite significant.

Just like many scientists have suggested, the future of aquaculture is highly challenged by the demand for more fish that can meet the nutritional and food security needs in a sustainable manner. If fish farming is properly developed and managed there is likely to be a reliable source of food security and economic growth for the fish farmers. Various forecasts indicate that the global demand for fish production will continually be on the rise over the coming decades. This will be predominantly driven by the rising populations and urbanization, especially in the developing states.

Limitations to be addressed

As much as fish farming is recognized as a possible sustainable solution for increased dietary nutrition and food security; there are a number of limitations that should be addressed for the realization of successful expansion of fish farming. Such limitations include; increased fish feed extraction from the oceans, environmental degradation, reduced water quality, disease control, and lack of regulation and governance in production. Another limitation is, if fish farming fails to develop fast enough then there could be a rise in the global prices which then contributes to reduced accessibility to fish products for consumption.

According to the FAO, it’s estimated that over one billion people worldwide rely on fish as the primary source of animal protein. The average annual fish consumption world over globally is at 16.1 kg per capita. In South Asia, most of the species of fish produced are specifically for local consumption with the majority of the countries within the region deriving most of their fish production from aquaculture. The consumption of animal protein per capita in many countries has doubled and that’s major as a result of technological advancement in aquaculture.

Fish that’s produced through aquaculture is far much cheaper than other animal meat. It also has higher levels of protein alongside vital vitamins and minerals. Increased availability of fish will definitely lead to better health and a more diverse diet.

Commercial fish farming is quite vital as it leads to increased food security and also provides employment opportunities for many alongside income generation for the farmers and the local communities. The majority of the farmers depend on aquaculture as a source of livelihood. A rise in income, therefore; leads to an increase in purchasing power and diversification.

Fish farming is exponentially increasing with the majority of the agricultural farmers discovering the integration of aquaculture into their production systems and that in turn leads to increased yields and productivity.