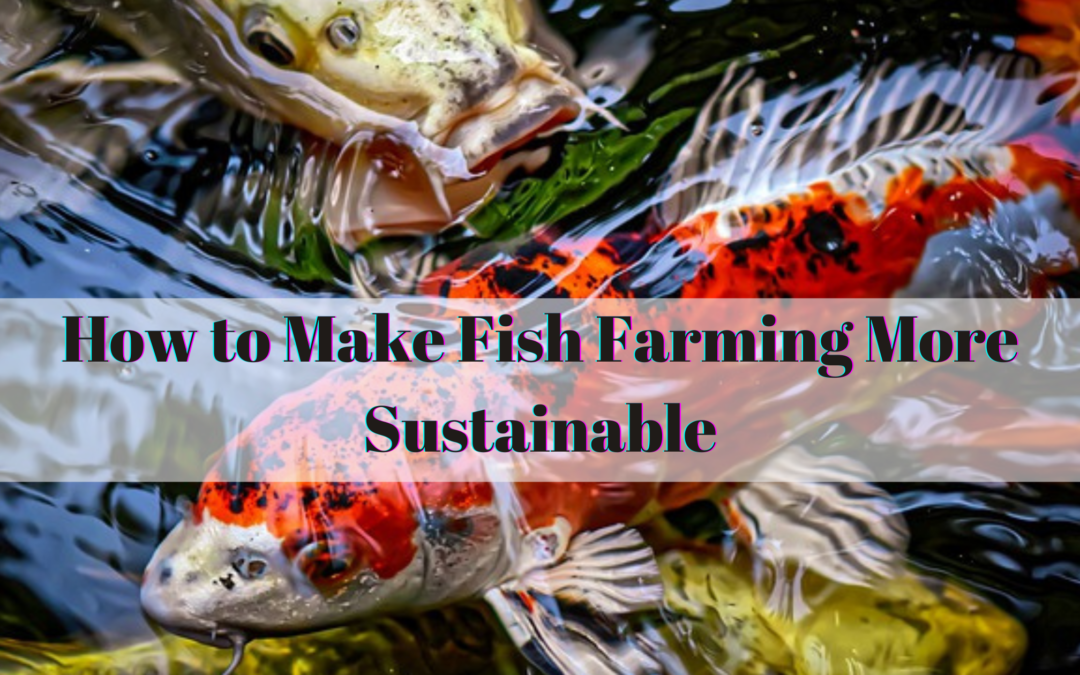 According to a recommendation by the American Heart Association, people are encouraged to eat fish at least twice a week.  Fish is considered to be low in saturated fat, high in protein, and rich in omega 3 fatty acids. The global consumption of fish has so far increased and currently, about half of the seafood that’s consumed globally is produced through fish farming.

According to a projection by Food and Agriculture Organization (FAO); fish farming will be one of the fastest ways of producing fish for global consumption. By 2030, fish farming will be responsible for about two-thirds of the fish that we consume. One of the most common types of aquaculture is that which entails farming in cages or nets, and pens that have been anchored at the sea bed.

FAO estimates that about 600 aquatic species get produced globally in diverse aquaculture systems through the use of brackish water, salt water, and freshwater. China is one of the largest exporter of fish globally and the biggest aquaculture producer. About 88 percent of aquaculture is practiced in Asia. Fish farming has had a long reputation of not being sustainable as it takes almost 3 tons of forage fish to feed and produce about a ton of salmon.

Here are some of the things to be done if fish farming is to be more sustainable;

Awareness of the Environmental Risks of Marine Aquaculture

In order to practice sustainable fish farming; there should be an awareness of the environmental risks that are associated with marine aquaculture. When practicing marine aquaculture; it’s important to note that leftover foods and fish waste that spills out of the nets right into the ocean and in turn causes nutrient pollution. The spillage may in turn lead to oxygen depletion in the sea or oceans and can, in turn, lead to the death of aquatic creatures.

In addition, the antibiotics and pesticides that are normally used in farmed fish can affect human health and other marine life. When fish are crowded together in pens and nets; they are more susceptible to stress and that creates an environment for diseases to spread quite fast even to reaching the wild fish. The most sustainable method of fish farming is to consider engaging in land-based aquaculture. Farming fish in closed systems can help minimize the spread of disease and also eliminate fish escapes.

Fish farming has to some extent been responsible for the destruction of mangroves. As you may know, mangroves help with various ecological functions including being a habitat for diverse species. Mangroves also prevent soil erosion and provide protection from storms.

Use of New Kinds of Feed

The environmental exploitation of forage fish for feed alongside the high prices for feed makes it difficult for fish farming to be sustainable. There should be continued research into identifying alternative sources of fish meal or coming up with ways to make feeds sustainable. Soybeans and plant waste are some of the alternatives being explored.

P.S: – Want to learn more? Get more information on sustainable fish farming. Become an EAT FREE member! Become a part of the community and engage with a team of farmers from diverse fields of interest.